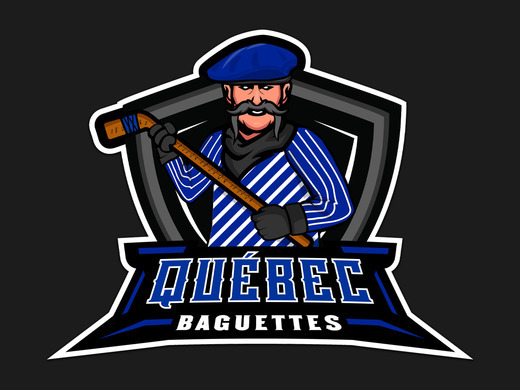 In today’s article I Interview “The Fourth Man,” “The Wrecker,” Renard of the Quebec Baguettes. Today we talk about playoffs from the Baguettes point of view and topics of Renard’s career. Enjoy the article!

Tetsu : Baguettes have had a very great comeback last season now that you have Scodz how did he fill in the role on the Baguettes to help get you guys where you are now?

Renard : Lmao, he's like the step-dad of the team. Cracking jokes, being a pain in the ass when it matters and boosting morale when needed. He hasn't contributed on the ice, having not played either, but he was a great add-on for the team for sure.

Tetsu : How do you feel about the playoffs since you are one of the top teams and there is a lot of pressure on you?

Renard : I mean, the only pressure we are having right now is from us. Almost everyone, whether it's on the twitch chat or in SPL, seem to undermine us at every corner. We're just going to play our game with our heads up and win the first round. Baby steps. You don't win a chip by praying and hoping for the best. We need to grind and I expect the boys to come out strong.

Tetsu : I want to go deeper into a topic you were talking about recently in your famous article "A Fourth Man's Tale" . How have you grown as a player since your Richmond Wrecker days?

Renard : I don't think we can talk about growth. Even though I'm a way better player than I used to be, I've grown out of the ''meta'' and the new generation of players and quite frankly, I would've hoped for better. Not playing has taken its toll, and players I consider (with all due respect) lower than me in terms of impact and skills are being preferred nowadays. One thing is for sure though. I used to hate being overlooked, and that would tilt me in a way I never knew would happen. Now, I'm just resigned. I'll grind pubs and end it on a note. Not a high or a low note, just, a note. A barely noticeable sound across the rink before the bells rings.

Tetsu : What is the biggest highlight of your career and the Baguettes in your opinion?

Renard : I do feel like we've talked a bit much about me, especially ahead of the playoffs. My mind is focused on being a morale support for my teammates before the end of our journey. Best moment of the Baguettes? As of now, our winning streak last season and the one at the start of this one. If we get a chip in the next few days, we'll pour out some champagne for Scodzy, Galzzy and I while providing FSI with the coldest pepsi in town and Occe with some Fiji Water. It'll be well deserved.

Tetsu : I don't know if you have read my recent article yet when I interviewed Kspyre. Kspyre said "With how we are playing now I think we have a really good chance to beat the bags (Baguettes) this round in the playoffs A toss up matchup in my opinion." What do you think about this comment by Kspyre?

Renard : They are on a roll, being the team of the moment as of right now. If you underestimate the Smokers, you deserve to get lost. We will tackle the matter properly. We were playing our worst Slapshot since the start of last season and I do not believe in coincidence. Both teams have a shot and it is a toss up matchup. The team who's gonna come out with a win has a chance at making a BIG push for the Finals. Remember the Express?

Tetsu : This is the final question. How is the future looking for the Bags after playoffs going into Slapshot Rebound?

Renard : Celebrating a chip and the good times spent together.

Tetsu : Thank you for your time Renard. Over here in Tokyo Sherlock and I wish you and the Bags all the luck. Do you have anything to say to the fans before we are done here?

Renard : Many french canadian people have contributed to this game and I really wish people did acknowledge that. With that being said, I wish to play next season, but we'll see how that pans out.

This concludes the article. In all due respect French Canadian Slapshot players should get much more credit for what they have done for Slapshot. Make sure you check out these awesome twitch channels for Slapshot Premier League Content.