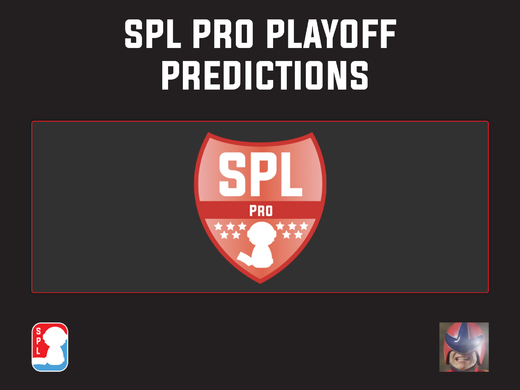 M1NN gives us her prediction on which two teams will win their Semi-Finals matchup and head to the Finals...

Coming off a nice upset victory the Smokers are set up for a chance at another one as they take on the Chicago Sail here in round 2. The wild thing about this series is while I thought the Smokers had a decent chance to upset Brooklyn, I think they have an even BETTER chance of taking down the Sail. While the Sail did pick up the 2 wins in the season series between the teams the Smokers managed to bring Chicago to OT both times. To give Chicago some credit they were without Kyler for that second matchup, the player who has been their undeniable MVP this season. Still, it is clear the Smokers are not going to be a team Chicago can take lightly. With all that being said, I still have to take Chicago here. I think the Smokers will give us another excellent series but I feel Chicago has just been too good this season to wind up losing this one. The Sail went 4-0 against the Clappers and Vice this season and are clearly a much more talented team than I gave them credit for at the beginning of the season.

For the last time here in Slapshot 1 the Vice and Clappers will meet, this time in the Semi-Finals. After embarrassing the Rats, the Clappers now have their sights set on one of two teams they were unable to find a win over during the regular season. For the Vice, they have one last chance to slay a team that has been a thorn in their side ever since their inception. Coming into this season the Vice were 3-9 against the Clappers across 2 SPL seasons (including playoffs). However, since the addition of Timmy to the team, they have been 2-0. Now, one that is a much smaller sample size and two, the Clappers were able to bring them to OT both times. However, I think that still proves that despite the loss of Reno this Miami team is going to put up a fight. If Miami wants to win this series they are going to have to try and beat the Clappers at their own game, control possession of the puck and limit the chances that Occelloth gets on net. Also, they can not let this series get to a game 3. I have noticed how defeated teams get once they lose that first game of a series to the Clappers, no matter who the team is. If the Vice want this series it is going to have to come as a 2-0. With all that in mind, I am still picking the Clappers. Miami will put up a great fight and will probably come away with a huge game 1 victory, but the Clappers will find a way to keep them at bay and earn themselves yet another finals appearance