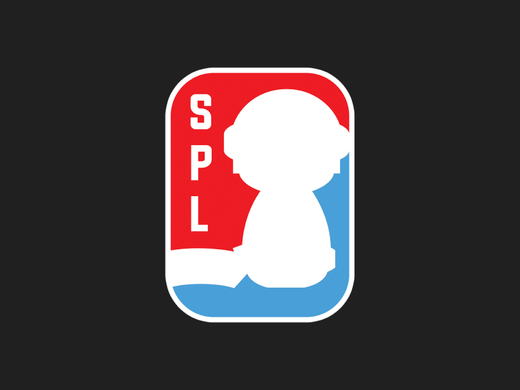 Questions from the Slapshot Community?

What are your Grand Finals Predictions? : I believe whether Vice or Clappers go to the finals up against Sail it’s going to be very close so I can’t predict who will win. What I do know is this will be the best finals we have had in awhile.

Where has Ghoul been since leaving the Eagles? : On a busy schedule currently, but I’m still playing rebound and helping the Ghoulz whenever I can which is rare nowadays. I’m just chilling and lurking around Slapshot discords and practicing rebound. Just giving myself time to self reflect I guess and focus on school. But I love rebound so far I think these updates are getting better.

Will Ghoul return for Rebound? : Yes I will. I just wanted to take this one season off since high school started for me. Going into Rebound I don’t have my eyes set on a Pro team like I used to. I want to join an IM team or make one if I can and work my way up. Rebound kinda evens out the playing field a little bit. I feel like I stand a better chance now and that I can get better faster in this game then in the first Slapshot. Although when you first play it makes you feel like you dropped back 20 levels but no problem just gotta practice.

Where’s the form for the community questions? : These questions are just generally asked. There will be a google form posted before the next monthly article comes out. The google form will be for your questions so it won’t be just Ghoul or Ghoulz related questions all the time because that would suck.

Ghoul : How do you think Miami will go into this Semi-Final match after losing to them in the grand finals for multiple seasons in a row?

M1NN : I think Miami will come into this Semi-Final with a head of steam. This is their last chance to finally overcome the Clappers once and for all, Rodeo's last chance to win a championship before Rebound. If I was the Vice I would try to focus on their wins they got over Columbus this season, focus on what they did well in those games and use those same strategies here.

Ghoul : What do you think about Chicago Sail, the only new team since Season 1 coming in to the Grand Finals?

M1NN : The Sail have certainly surprised me this season and I'm glad to see them in the Finals. Kyler has been an amazing addition to that team and could arguably be the front-runner for Division MVP this season. They are a talented squad and I'm wishing them the best for Finals

Ghoul : If Clappers do go up against Sail in the finals how do you think that will turn out?

M1NN : It's hard to vote against the Clappers in any playoff series, certainly in a Grand Finals setting, but I think the Sail will give them a good challenge. Chicago played very well against Columbus in the regular season, forcing mistakes out of Panarin and letting Kyler shine to his fullest potential. If they are able to continue that trend they could walk away as Champions.

Ghoul : As everyone knows from the recent announcements there will be SPL Tournaments. Can we get any information when these tournaments will start, what's the format etc.

M1NN : Tournaments will probably start up around 2 weeks after our last playoff match. Formats haven't been decided quite yet but we will make sure to keep the community up to date!

Ghoul : Is there anything else we can expect from the SPL Discord Server Make Over other than what you said in announcements?

M1NN : The biggest change to expect is that we will be making 3 separate channel categories for players in the Pro, IM, and Open divisions. We will also be limiting access to these channels, so for example only Pro players will be able to use the Pro Division channels. We want each division to have a place where they can discuss the happenings of their division freely without the discussion getting overrun. Also, for those who might be worried, kitty-chat will remain untouched!

Ghoul : Last question, anything you want to say to the SPL Community yourself M1NN?

M1NN : I just want to give a big thank you to all the members of the community that have helped make Slapshot and SPL what it is today. Without all of y'all we wouldn't be able to do any of this, so thank you and I hope to see you all still around for Rebound! Also trans rights!

Ghoul : Tee looking back on your SPL career you have done the impossible that Kush Mama nor Slime have not yet done. What’s it like to go from Open Prodigy to a Pro Division Star in 2 Seasons going into the SPL Grand Finals?

Tee : I feel proud of how much I have grown from last season in open to now going into the finals. I definitely would not be where I am if it weren't for Kyler giving me his time and helping me step up my game.

Ghoul : Going into Slapshot Rebound what can we expect from you?

Tee : Not to see me in spl. I will most likely not play spl right off the bat, but I am open to joining a team and playing for fun.

Ghoul : What’s it like playing on a team with Pro Division Star Kyler and Former NSL Star Walster?

Tee : Well when I got this offer from the sail Kyler was not on the team and I was going to most likely reject it and stick with my boys in IM, but I asked them to sign Kyler and when they agreed to I joined the team. It is great to play with Kyler because I have played a few tournaments with him and we have played really well. Playing with Walster is nice, he is a very smart player.

Ghoul : Last question, anything you want to say to the readers at home.

Tee : I have nothing to say if they wanna know about me they can watch me.

The next monthly articles will have more content. Well thanks for reading this article if you have any ideas or comments just send it to me via discord. TETSUTHEGHOUL#2668 …… I hope you enjoyed it until then stay slapping.

WATCH THE SPL PLAYOFFS HERE AND JOIN THE SPL DISCORD IF YOU HAVEN’T ALREADY! :