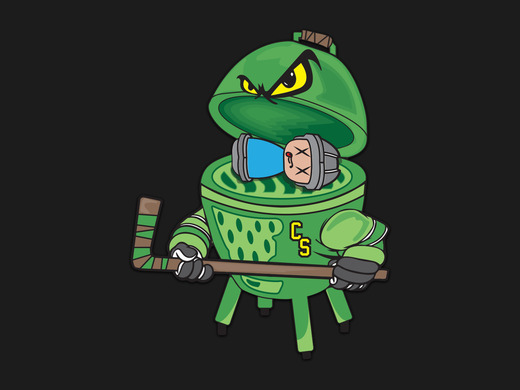 You Want The Smoke?

Ghoul sits down for an interview with the captain of the Carolina Smokers, Kspyre.

Carolina Smokers is a household name for Slapshot players. They are one of the few remaining NSL teams still around today. Today I interview the captain of the Carolina Smokers Kspyre or his other name (Krispy.) Enjoy the article slappers.

Tetsu : The Smokers have had one of the worst starts in SPL history this season, how did the team get back on their feet?

Kspyre : “The team just wasn't clicking when we had Kyle at the start, having 2 players in him and walrus that were very shoot first and carry second made it difficult to keep possession. Even with Jak it took a while to start winning and the recent key for us which made us very successful is walrus starting to rotate back and play a lot of defense with me. Jak has also been good at finding some surprising goals out of nowhere which has allowed me to focus hard on defense.”

Tetsu : What do you think about the current Smokers and the future for them?

Kspyre : “With how we are playing now I think we have a really good chance to beat the bags (Baguettes) this round in the playoffs A toss up matchup in my opinion. Our addition of Slime has not been impactful this season but he is developing into a very good player and could be a star next season. The future is looking very good.”

Tetsu : Recently I heard that Smokers are looking for people next season. Are you in talks with anyone in particular?

Kspyre : The plan right now is definitely for Slime to step up and play moving someone down. I am not talking to anybody at the moment but I would definitely not be opposed to adding someone in the offseason.

Tetsu : How have you developed as a Slapshot player ever since you first started?

Kspyre : I started just playing with my friend mikekid for a while until we both tried to get in the nsl s1 draft. I went undrafted in that mostly due to lack of exposure. I then went pretty inactive till evil contacted my to play jsl later in season 1. I've been playing this game a lot ever since then. When I was first picked I was a really hard forecheck aggressive player and I went for a lot of wrap-arounds. (my former signature move) Then after that season I slowly developed into an offensive puck handler. My development was quite similar to occeloth as we both got a lot better in the dark ages of slapshot between the end of nsl and start of spl. I was an offensive puck handler mostly at the start of spl and then with my team in spl season 1 I became a much more defensive player. Now probably the most defining part of my game is that I almost always lead breakouts. tldr-went from very offensive and slowly became more well rounded and now has a highly defensive role.

Tetsu : Thank you for your time Kspyre do you have anything you want to say to the fans?

Kspyre : As one of the few nsl franchises left I am dedicated to keeping the team competing at the top level for as long as the league exists.

Tetsu : Cool thanks Kspyre I’ll see you on the ice.

This concludes our interview. I hope you guys enjoyed it. As playoffs have begun check out these awesome streamers for playoff content. Links are in the description below.