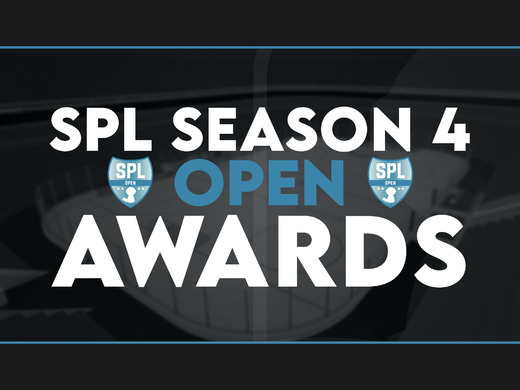 The Divisional Award Winners for the Open Division have been made public!

Regardless of starting the season with two conferences with 11 teams each, and a twisted schedule having to play some teams once and others twice. We pushed through it, and had a Great season!  Loads of people had a great time forming their brands and a lot of enthusiasm from this group of players compared to the previous seasons.  Thank you all for coming out and making this division fun to follow!  Without further ado, here are the awards:

> > THE OVERLORDS OF OPEN
( Best Regular Season Record )
INDIANA AGEMA ---- (Noah [C], Hero, Versalty, P Money, Elm)
The Indiana Agema had a roaring season in the Open Division. It might not have ended the way they wanted but they still went undefeated in the regular season. Joining the open undefeated list with the likes of the Bolivia Bitcoin Bandits, the Choco Coco, the Kansas City Snipers, the Syracuse Ice Wizards, and the Buffalo Buffalos.
Standing Points (30) - Regular Season: 16 Wins, 0 Losses - Final Record: 16 Wins, 2 Losses*

> > THE DARK HORSE AWARD
( Most Improved Team ) ( Worst first half vs Best second half )
TORONTO NARWHALS ---- (Nova Eclipse [C], Napa0 [A], Jagr, Ploopy, Big Bingus)
The Narwhals had a bit of a crisis at the beginning of the season and a handsome amount of transfers they pulled back the tail end of the season and placed 4th in the conference and made the playoff bert. Starting the season, (Oct. 18th) they made the switch, dropping Fiveer11 for Nova Eclipse. Before the end of the week (Oct. 23rd) Antking left the roster, the team voted to transfer captaincy to Nova Eclipse, they dropped Turtledman, and added Big Bingus. The next day (Oct. 24th) they added Krobus. The waters calmed after the week long transformation. Later down the line they found the young talent Jagr to add to the roster in place of Krobus on November 12th. Then the final touch on the regular season was Big Bingus spitting on SPL's integrity by joining the Buffalo vs Hot Springs game in the second period. Since his team's regular season had ended he was suspended for the remainder of the Narhwals playoff run. Many people say he was lucky to not be outright banned from the league as his former captain was. The Toronto Narhwals went on to promote into the Intermediate Division for Season 5, surpassing the Winnipeg Wrath in a 2 game sweep.
Standing Points (22) - Regular Season: 11 Wins , 5 Losses - First Half: 4-4 | Second Half: 7-1

* Agema v Seals series not documented at time of publishing