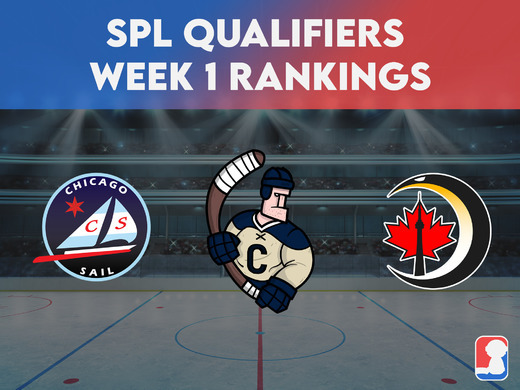 ​The Qualification Tournaments are about to start and we have over 50 teams getting ready to try and earn their spot in our first season here in Rebound!

The Qualification Tournaments are about to start and we have over 50 teams getting ready to try and earn their spot in our first season here in Rebound! I’m going to try my best to give my personal rankings of all teams I can here in this article. To start this off let’s go over my personal top 10 teams!

Alright, with the top 10 out of the way I want to highlight a couple of key teams sitting lower on the list

11. Salt Lake City Stampede (Sapster, Noxu, Resp)
1st highlight is the 1st team left out of the top ten, the Salt Lake City Stampede. Honestly it was a hard call to pick between the Breakaway and the Stampede for the 10th spot, but I think TEE and Spleen’s experience gives them the edge. However, much like the Otters this team has been grinding over the offseason and are definitely not one to overlook. While I don’t have them in the top 10, I wouldn’t be surprised to see them steal away that 10th spot by the end of this.

18. Atlanta Terror (Kodiak, Qdub, Underdog!, Cwrong)
The boys are back! Kodiak and Qdub return as they look to make their way into Pro. It was hard to rank this team because I don’t know how rusty they are. If they can play up to their former talent levels, this team could easily find themselves at the top of Intermediate and even with a chance at Pro.

27. Tuscaloosa Pride (BamaNick, ChrisLG, Kuzy)
Tuscaloosa impressed when we ran the beginner tournament this offseason and I’m very happy to see them signed up for the league! One thing that impressed me about this team was the great chemistry they showed during that tournament. While they might be a bit lacking skillswise, Pride’s teamwork should be enough to get them at least an Open spot, if not more.

Unranked. Brookline Acclimate (Zodii, Bato, Kuei, Makitor)
Like many of the newer teams who signed up for these tournaments, I haven’t seen enough of Brookline to give them a true rank. However, in our last offseason tournament Brookline put up some good performances, beating former Pro players on both the Porcupines and the Monkeys. While I do want to see more of them, I definitely have to say I'm very interested to see how this team does.

Unranked. Columbus Chill (Nasher, Clappy, JohnsPlan, Kosmic)
Last but certainly not least of the highlights here is a signup many people were waiting for. I would like to officially welcome Nasher to the Slapshot Premier League! Now, like many other teams, I haven’t really seen these guys play at all so I can’t give them a real ranking quite yet. However, if the hype is to be believed, they should find themselves high on this list in no time.

Ok, now that I’ve got all my useless “analysis” out of the way, here is my full ranking of every team signed up! Good luck to you all and if you don’t like your ranking, go out there and prove me wrong!

Tune in to our official SPL broadcasts!