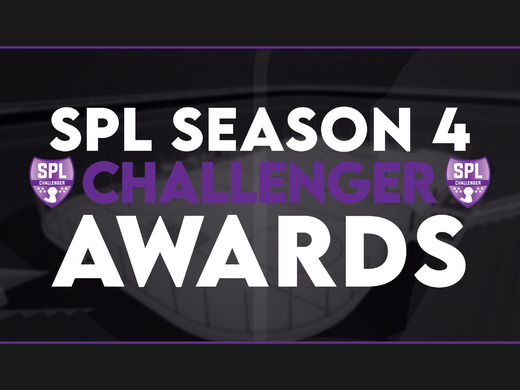 The Challenger Awards have been released!

Same story as it was with the Pro Awards. Both Most Valuable Player awards (regular and post-season) and the Most Improved Player award were determined by the captains of the Challenger Division.  We didn't add any new awards to the list this season in terms of divisional recognition. But that doesn't mean there aren't any goodies to hand around!

"Again, if you actually think there was any fraudulence in the voting bring it up to me and I'll get you a copy of the votes." - Darth

> > CHAMPIONS OF CHALLENGER
( Best regular season record )
PITTSBURGH VIPERS ---- (Eli, Enry, Shallisa, Milk, Jahziah, ChristianFF)
With Enry dominating the ice in each of the 20 games he skated for, the Pittsburgh Vipers were a shoe in for the Pro Division.  With Jahziah and ChristianFF leaving the team mid-season people were skeptical about their claim to promote but with the addition of Shallisa off the Disbanded Marauders, and Milk off the Ocean City Typhoon's waivers, Eli filled the gaps on the roster pretty quickly.
Standing Points (30) - Regular Season Record: 15 Wins, 1 Loss - Final Record: 19 Wins, 1 Loss

> > THE DARK HORSE AWARD
( Most Improved Team ) (Worst 1st half of season, Best 2nd half of season)
Delmarva Dandy Skaters ---- (LessThanDennis, Blades, N, Crusade)
Delmarva had a pretty dominating performance on the ice this season. It wasn't as big of a comeback as Yosemite but it was still one of the more noticeable ones in the Challenger Division. Adjusting the roster over the off-season. With the new appearance of the Stone Wall from Pro, and Crusade and N leading the charge on offense, Dennis has put together one of the strongest franchises in Slapshot.
First Half: 5-3 | Second Half: 6-2 -- Regular Season Record: 11 Wins, 5 Losses -- Final Record: 12 Wins, 7 Losses