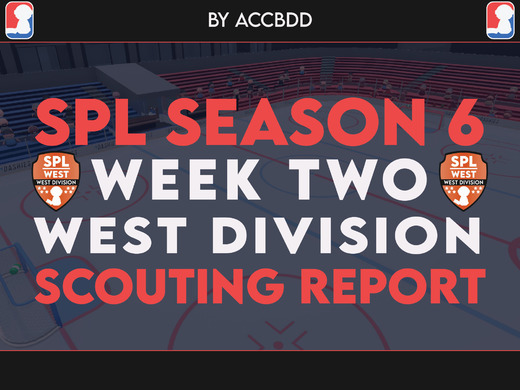 With the second week in the books, Join ACCBDD while catching up on all the action!

Welcome back to the West Coast scouting report!

It's ACCBDD, coming at you fresh and hot off a few very intense games this week - but first, some interesting news.
The Washington Weenies had their 4th forfeit of the season - this means they were removed from the league according to rule 505e. Dynasty and Cole ended up getting picked up by other teams after the Weenies disbanded - Davies301 left the Vancouver Island Marmots and Dynasty was picked up to fill that gap; the Milk Duds dropped Blue and picked up Cole.  The last change was another Marmots roster shakeup - they dropped Vinculum and picked up Rabbit.

Now, let's look into each team, in division standing order:

⦁ Edmonton Beauties
The Beauties had a couple very close games last week - squeaking out wins by one point over both the Marmots and the Capybaras, these games were really fun to watch, with some great plays by both teams. Fueeqo has been especially important to this team's offensive pressure: putting up an impressive 14 goals and 18 points overall between the two games, he's definitely the man to beat on this team.

⦁ Yosemite Bobcats
Not much to say about the Bobcats last week - only one game was 'played' and it was a forfeit win over the Milk Duds. They have their much-anticipated game against the Beauties this week - if you watch any SPL game this week, make sure it's that one!

⦁ Oregon Capybaras
The Capybaras did pretty well last week, managing to hold on to their #3 spot in the division with wins over the Puck Hogs and Moguls and a heartbreaking loss by one point to the Beauties. Carried By Dad shined last week, putting up a strong 11 points over three games and Laggz making a cool 16 saves in total. This week they have their matches against the High Pings and the Marmots - good luck to both teams!

⦁ Vancouver Island Marmots
The first of a four-way tie for #4 in the division, the Marmots played some very solid games last week - barely losing their game against #1 Beauties by a single point and getting a strong 10 - 2 victory over the Moguls, this team seems to be rising up. Their roster got two new players this week, and it'll be interesting to see how that works out during their games against the High Pings, Puck Hogs, and Capybaras.

⦁ Malibu Moguls
The Moguls are starting to hit their stride in the season - a slugfest of a game versus the Capybaras and a mercy win over the High Pings means that this team is starting to climb the rankings. This week they have games against the Milk Duds and the Bobcats, a couple tough teams - ORO especially has been putting in work for the Moguls, and hopefully that trend will continue into this week.

⦁ High Pings
The East coast embassy team has had a pretty rough past week - a mercy loss against the Moguls is rough, but offset somewhat by their forfeit win over the Puck Hogs. In lieu of stats for the players on this team, shoutout to Dilson and Looees for creating content for SPL - check their stuff out on the discord and the website!

⦁ Palm Bay Puck Hogs
⦁ The Puck Hogs had a forfeit loss to the High Pings, but played a solid game of hockey against the Capybaras, with Lil Arnie managing to take 11 shots through the incredible offensive pressure of the Capybaras. Moo Dangles hasn't been able to play for the past week, but I'm sure I speak for everyone when I say we hope to see more of him on the ice this week in the Puck Hogs' games against the Marmots and Bobcats.

⦁ Minneapolis Milk Duds
The Milk Duds have, to my knowledge, yet to play a legal game - hopefully this theoretically-strong team can get their schedules to align now that Cole is on the roster and play their games against the Beauties and Moguls this week.

The games I would look out for this week are the Beauties/Bobcats matchup, the Marmots/Puck Hogs battle for #4 in the division, and the Milk Duds/Moguls match!
Now that we've seen what all the teams are up to, here's this writers (objectively correct and I will NOT be taking constructive criticism) power rankings for SPL west: